Nathalie Coutou was born in 1972 in a small village near Joliette, Quebec where she inherited a rich cultural background. Nathalie is the daughter of Ginette Boucher, who is of Aboriginal descent, and Claude Coutou who hailed originally from France. As a little girl, she was given the freedom to explore her imagination and was inspired by her father’s artistry and her mother’s enduring joy. Painting soon became her way to honour and express the beauty of her mixed heritage.

As a Graphic Arts graduate, Coutou was involved in many projects that focused on bringing to light ancient values in relation to contemporary life. One initiative, in particular, was the Wakefield Harvest Festival. Its goal was to honour and recognize the land for its abundance and to link the values of Aboriginal peoples to our modern lives with the support of people who still harvest the land.

Since 2001 she has passionately sought to educate people about the arts and handicrafts of First Nation, Métis, and Inuit culture. Her art gallery, KHEWA (meaning the north wind which brings people back to essentials), is located in the heart of the Outaouais region in Wakefield, Quebec. 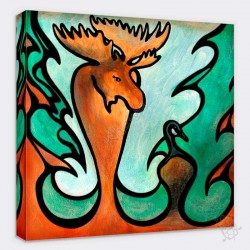 Canvas - A Moose and Goose 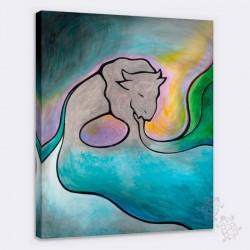 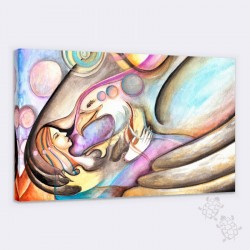 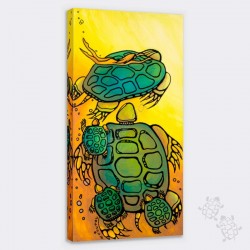 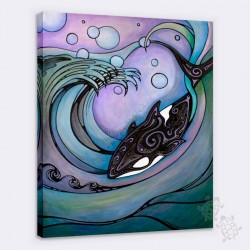 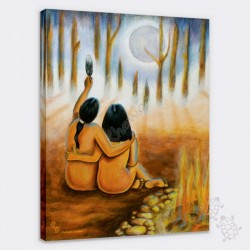 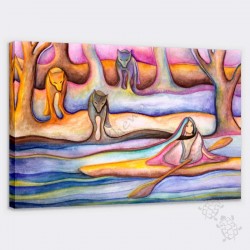 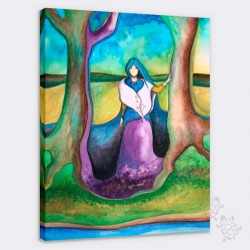 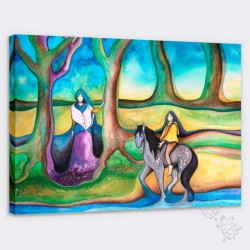 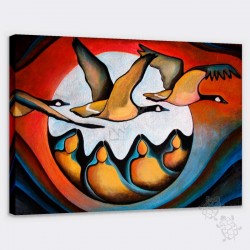 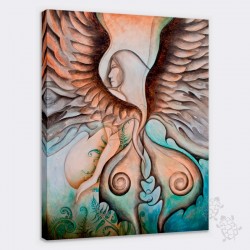 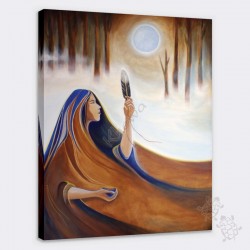