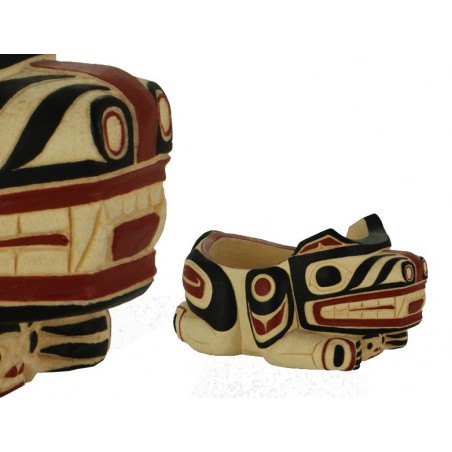 Potlatch wooden dish beautifully carved and painted with the Bear design. Dimensions: 7". Made in Canada.

This bowl is a contemporary representation of the bowl and serving pieces used during the potlatches and feasts held by the native people of the Northwest Coast. The Bear is a symbol of earthly power and was sometimes used to indicate the authority of the chief. His short snout, large teeth and paws make him an unmistakable figure, representing a particularity great force and might. 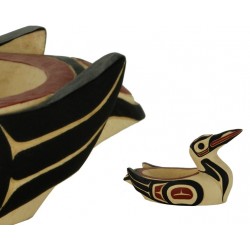 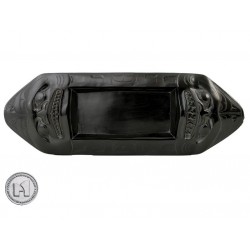 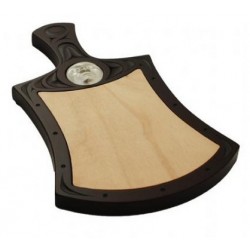 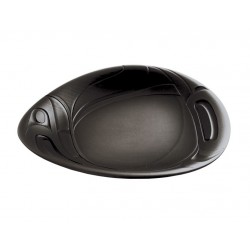 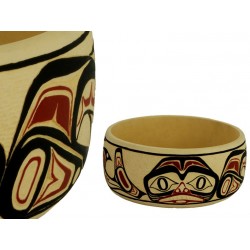 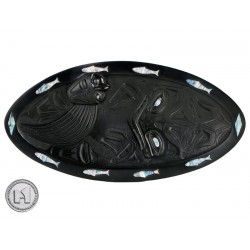 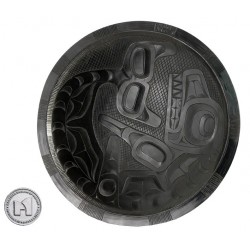 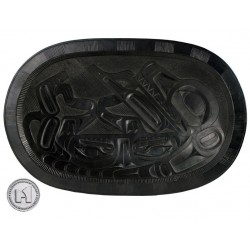